Rapa-Nui All Over Again: Recent Events in the Middle East Demythologize Democracy

Posted on September 18, 2012 by Cheryl_McCourtie 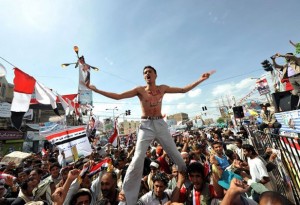 The recent events in the Middle East have left much of the public here in the United States stunned, confused, saddened, and even angry.  As the pundits wrestle with whether the attacks on the embassies were spontaneous or planned, and quibble over the amount of security that the embassies should have had, I instead have begun to ponder the very nature of democracy.

Did the masses who participated in the ubiquitously titled Arab Spring know what they were signing on for?  Did they understand that democracy is so much more messy than the totalitarianism they rebuked with so much passion and courage just months ago?  What was their plan B for when the walls came tumbling down?  Was there a plan B?  Or would they just find another, familiar bogeyman to replace the one they had just deposed?

I am reminded of a little film that I saw years ago and loved, called Rapa-Nui, an indigenous name for Easter Island. While the film took some liberties with the actual history, timeline and mythology of Easter Island, a Polynesian island in the southeastern Pacific Ocean, here it is in a nutshell: Rapa-Nui was split into two castes, the long ears, the ruling class, and the short ears, the working class.  The short ears were pressed into service, building and erecting the large stone statues, or moai —monstrous monuments to the long ears that to this day dot Easter Island’s landscape.  In reality, the obsessive statue building and the tools it required contributed to the depletion of the island’s trees and rendered the land barren.  Cannibalism, wrapped around newly developed mythologies and rituals, reared its ugly head; islanders began to eat one another, literally and figuratively.

In the film the main character, Make, a short ear, played by the delectable Esai Morales, leads a spontaneous movement to topple the long ears.  With no plan in mind other than the destruction of the totalitarian regime, the island quickly falls into chaos.  “We are better than this,” Make says, mournfully, as the good, reasonable people he once knew devolve into savagery.

Democracy is more than just the overthrow of despised, cruel and narcissistic dictators.  It allows for multiple, often conflicting points of view, and can foment much more discord than it creates consensus.  It certainly is not perfect.  In fact at times it is quite the opposite.  After more than a decade of rancorous politics, including the attempted impeachment of our commander-in-chief, an election that had to be decided by the Supreme Court, petty bickering and intransigence on Capitol Hill, political “reporters” who run with half truths or even boldface lies to score ratings and a bitter presidential campaign that is worth more than the GNP of some small countries, we in America should know.  . . . 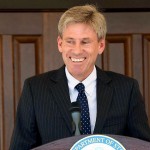 In a nation that touts athletes and film actors as heroes, we must honor the memory of the slain American ambassador to Libya. Christopher Stevens was a career diplomat who spoke French and Arabic, shepherded Libya through its transition from its totalitarian regime, earned the respect, admiration and friendship of the locals—and spoke publicly of his ambition to be the first U.S. ambassador to Iran once formal diplomatic relations were reinstated.  An optimist, a patriot and a consummate professional in a field often populated by clueless political appointees.  Rest in peace Ambassador Stevens, and fallen colleagues Sean Smith, Glen A. Doherty, and Tyrone S. Woods.

As I sign off this week, Affirming Community, I leave you with the wise words of an American president: Persistence and determination alone are omnipotent. The slogan “press on” has solved and always will solve the problems of the human race. –Calvin Coolidge, 30th president of the US (1872 – 1933)

74 Responses to Rapa-Nui All Over Again: Recent Events in the Middle East Demythologize Democracy