Not That Kind of Person: Black Women and Suicide 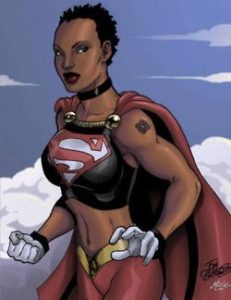 In one of my favorite Superman movies, the superhero (played by the hunky Christopher Reeve) catches Lois Lane (the doe-eyed Margot Kidder) before she plunges stories to her death.  “You’ve got me,” Lois says, wild-eyed and incredulous, “you’ve got me but who’s got you?!”

For Black women, long cast in the role of family and community superhero, the question of who’s got us is the question no one can or will answer. I’ll give it a shot:  no one.

For the past two weeks the New York City media has been abuzz with speculation about the death of Judge Sheila Abdus-Salaam, the first African-American woman to be appointed to the Court of Appeals, New York state’s highest court.  Abdus-Salaam was found dead in the Hudson River on April 12 under circumstances that are now deemed “suspicious.”

I do not purport to know what happened to the judge.  Energies are best spent sending love and prayers to her three former husbands, current spouse, and legions of friends—many of them now understandably on lock-down until the official investigation is over.

I am, however, struck by a neighbor’s comment when the announcement of her death was first made, and the S word was casually thrown out.  “She’s not that kind of person,” the well-meaning neighbor opined.

I was perplexed by the suicide of the statuesque Tony Award-winning singer and actress Phyllis Hyman, who was preparing for a performance at the Apollo when she was found dead in 1995. Rumors abounded about stress, self-medication and fractured romantic relationships. As a struggling professional I was too simplistic to see that “having it all” has its own drawbacks, and just as successes are public, so are failures and missteps. 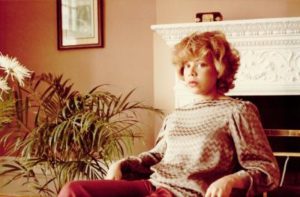 As a young working journalist a decade earlier, I was frightened by the suicide of pioneering Chicago Tribune columnist Leanita McClain, the first Black person  on that paper’s editorial board.

I had joined the National Association of Black Journalists as a professional lifeline just months after McClain’s death.  At the organization’s annual conventions I met journalists who were the “only ones” in their newsrooms and offices, as was I in my early magazine career.  I was struck by my colleagues’ dissatisfaction—which hung thick like Beijing pollution—regardless of their title or stature in the industry.

McClain, like many of my colleagues, had grown up in a modest if not poor household (Chicago’s Ida B. Wells housing projects—named after the journalist and anti-lynching crusader).  Like  so many newly minted professional African Americans she staggered under the weight of wearing the “mask” and living the “twice as good” mantra.  A signature piece she did for the Washington Post, “How Chicago Taught Me to Hate Whites,” raised the ire of many and illustrated her fatigue with all things racial. It catapulted her to national fame.

A brief marriage and subsequent stormy affair perhaps only fed the demons of depression, though, creating an emptiness that work and Magic Negro status could not fill.  McClain’s death, and my colleagues’ melancholy, became cautionary tales for me and those of us coming up in the journalism ranks.

“Black women are the mules of the world,” Zora Neal Hurston once said—a quote that I relate to all too well.  Far too many Black women are required to carry our own loads without complaint, and to manage those created by men who too often don’t rise to the occasion.  If we speak out, call others on their stuff, dare to say no, the rebukes—too often by the women who should  be our most ardent supporters and allies—are quick and brutal.

Please don’t get me wrong, Affirming Community, there is not an epidemic of Black female suicide.  In fact, according to the Centers for Disease Control in 2013, the most suicide-prone demographic, white men, killed themselves at a rate that is 11 times more frequent (22.55) than Black women.  At the end of the day, any suicide is a tragedy for those left behind, and a ding on our ability as a society to cope with depression and other forms of mental illness. This is what I wish to bring attention to.

We must be gentler with one another, listen more, and, in a world in turmoil, men and women must take equal responsibility for ourselves. And for the Black women in the Affirming Community, the next time someone tells you how strong you are while dumping more work on you, punch them in the nose. (At least in your mind).

Six months after the death of Leanita McClain, her ex-husband Clarence Page, for whom she left copious notes for her burial, was promoted to her former position as Chicago Tribute columnist.  No mention was made of her name in the publicity.

Getting Help for Depression

If you find yourself falling with no superhero to save you, please consider reading Black Pain: It Just Looks Like We’re Not Hurting by Terrie Williams, a pioneering PR maven who struggles with depression. For immediate assistance, please call  the National Suicide Prevention Lifeline Phone Number:  at (800) 273-8255. Stay well.

Baldhead Empress, Cheryl McCourtie, has been a magazine editor and writer, and a nonprofit fund-raiser and communications specialist. Raised in Liberia, Malawi and Swaziland, she is avidly interested in women across the globe, in particular and people in general. The Baldhead Empress site is one of affirmation. Cheryl looks forward to sharing her positivity with as many like-minded people as possible. One Love!.
View all posts by Cheryl_McCourtie →
This entry was posted in Essay. Bookmark the permalink.