Birth of a Nation

I reject the liberal notion that in today’s fraught climate we have much more in common with those who are across the political aisle than we don’t. I am a Black female feminist 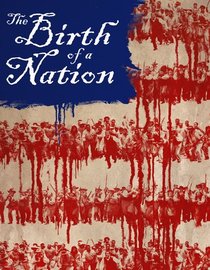 from an immigrant family. I have nothing in common with people who voted for and continue to support the policies, not to mention the antics, of the current resident of the White House. I do not apologize. I have thought this through: You cannot be my ally and my annihilator at the same time.

To many liberals America has veered off its moral center and embraced a way of being in the world that is at odds with its storied past. They see this as a temporary detour, an era that will end abruptly and then be scrubbed out of the history books as seasoned and reasoned leadership takes the reins again.

I, however, wonder if this is America as it always was, finally and unabashedly claiming its true self. A country born of not one birth defect, as Condoleeza Rice calls slavery, but many. A country that has reduced its indigenous people to physical and emotional squalor. A country where Black and brown people fought in literally every war since the 1700s to secure their freedom and dignity, eventually walking point at rates disproportionate to their populations and dying in Korea and Vietnam, and now in ill-conceived and -fated wars in the Middle East. Let’s not even get started on gender inequality, domestic violence, pedophilia. That’s another post.

In gerrymandered America, where the one percent continues to make money hand over fist and the poor fight for crumbs and vote against their own interests, we must put on our big people drawers and realize that what Liberal America sees as an anomaly is really the way things are moving forward.

There is a whitelash in America against the idea that some people of color have risen above some whites in economic status. An impeccably educated and intelligent Black president and his equally intelligent and well-educated wife are affronts to those who feel that although they will never be wealthy, they should always be able to have their boot on the neck of a person of color.

A paternal first cousin of mine had a revealing conversation with a white “friend” of his. The bloke congratulated him, stating that the two of them had both done so well for themselves given that they were the first in their families to attend college. The truth is that my dad and his four siblings, the products of a rural Jamaican farming community, have nine international degrees between them. My father is an honors graduate of the Ivy League Cornell University. Now that, not the “friend’s” wishful thinking, is something to celebrate. But this white chap couldn’t imagine that my cousin, as a Black man, could come from a family whose achievements have surpassed his own. He simply invented a story he could live with.

That incident brings to mind an episode of This Week with George Stephanopoulos after Professor Henry Louis Gates, Jr., had been arrested for breaking into his own home in 2009. “What does he want,” the talking head George Will growled, red faced and petulant. “He has a Black president, a Black governor and a Black mayor.” I’ll answer that—something that panelists Stephanopoulos and Donna Brazile were too gobsmacked to do—he wants to not be arrested in his own home.

The idea that all these educated colored people were ordering his world was discomfiting to Will. Gates, who is world renowned, is the Alphonse Fletcher University Professor and Director of the Hutchins Center for African and African American Research at Harvard University. He is an Emmy Award-winning filmmaker, literary scholar, journalist and cultural critic. Will has taught at Harvard among other institutions (apparently without tenure). In Will’s mind Gates got his comeuppance; the arrest was the price for being educated while Black.

There is a segment of the American population that seethed for eight years over the idea of a Black president. It is evident in the Republican politicians who, in a sinister, treasonous meeting, decided to oppose the President at every turn to the detriment of the nation, and who tried to destroy his Black surrogates Susan Rice, Eric Holder and now Loretta Lynch when they couldn’t get him.

It is evident in the commentary of “good” people who found the President too cerebral, too professorial, too aloof, or who outright dismissed his Harvard education as no big deal, but could not express how they really felt about his blackness.  It is evident in the rabid racist remarks that follow every mention of  President Obama’s name, even now, seven months after he has left office. His detractors are like bitter girlfriends who’ve been dumped and just can’t move on. The current resident of the White House is expending much energy to expunge President Obama’s achievements rather than creating real, sustainable jobs for his followers. He, too, is like a jilted girlfriend (with small hands) who won’t let go. Sad.

For many of 45’s followers, the enemy of their enemy (people of color, immigrants, Muslims, smart women) is their friend. If 45 mooned Angela Merkel, the new leader of the free world, they would find a way to justify it: Diplomacy needs a shake-up, America First, she’s only a 4 out of 10, bossy women are annoying, his bum is perfect like the moon. The list of excuses would go on and on because their eyes are on the prize: the restoration of America to a place where people who are different from them (and women, including the 53 percent) are relegated to the back of the proverbial bus, once again. No rank statement or tantrum will make them veer from this goal.

So, Affirming Community, on this the 241st birthday of America, I ask, is this country temporarily veering off its moral center or are we indeed witnessing the birth of a nation unfettered by decency, convention and laws?

Baldhead Empress, Cheryl McCourtie, has been a magazine editor and writer, and a nonprofit fund-raiser and communications specialist. Raised in Liberia, Malawi and Swaziland, she is avidly interested in women across the globe, in particular and people in general. The Baldhead Empress site is one of affirmation. Cheryl looks forward to sharing her positivity with as many like-minded people as possible. One Love!.
View all posts by Cheryl_McCourtie →
This entry was posted in Uncategorized. Bookmark the permalink.
Loading Comments...