An Open Letter to Meghan the Duchess of Sussex

Dear Her Royal Highness Meghan the Duchess of Sussex,

I have been following your whirlwind romance with England’s Prince Harry since your relationship went public last year. I admire your humanitarian work. I admire the steps that you took to avoid becoming a piece of meat in the entertainment industry, where women, once mute, are now tumbling over one another to tell decades worth of stories about sexual harassment and assault at the hands of men who can make or break their careers.

The Duke and Duchess of Sussex

From early on you seemed to understand that no film role can ever fill the gaps in resources and services caused by the one percent who plunder the universe for even more to go with their already voluminous mountains of material things. You seemed to understand that discerning people need to speak truth to power, or in your case, to become power to fight back against this pillage from the most advantageous perch.

I cannot know what is in your heart; you are a total stranger. But I hope that you have a successful, fruitful marriage, and that you are building with Prince Harry the type of true love that results when people are bonded by mutual values and shared goals.

I am saddened that members of your family whom you apparently haven’t seen in years are trying to denigrate you. Jealousy is ugly, plain and simple. And betrayal comes with a public job such as yours. But I am buoyed by the beautiful, strong Black woman who sat proudly—and alone—in the pews of St. George’s Chapel during your wedding on Saturday: your mother, Doria Ragland. She seemed to be willing you to get through this important and complicated day with grace and beauty, as she blinked back tears of pride (and perhaps stress). I recognize her resolve to raise a competent, caring human being. I see my own mother in her. I know I am not alone. 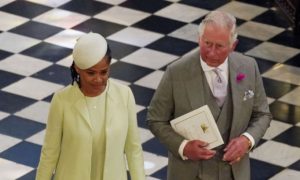 I laughed on Saturday as some members of the British establishment gasped, chuckled and appeared gob smacked by the words and effusive body language of Most Reverend Michael Curry, Presiding Bishop and Primate of The Episcopal Church in the US, his own brand of Black minister magic. The gospel singers, Karen Gibson and the Kingdom Choir, helped calm the Brits’ jangled nerves, or in some cases scrambled them even further.  (The choir
apparently appeared on the suggestion of Prince Charles.) Well done.

Now to the real reason for my letter. It is a personal request. Princess Michael of Kent has been well known for her racial peccadillos—yelling “go back to the colonies” at a group of Black people in a New York restaurant (in her own defense she says she was trying to get them to visit the colonies), wearing a racially charged Blackamoor pin to the family Christmas dinner that you attended for the first time last year, and allegedly naming her two black sheep Venus and Serena, after your friend and her sister.

Her Royal Highness, my personal request to you is this: your husband is sixth in line of succession to the British throne. Both you and he must curtsy and bow, respectively, to the Queen, Prince Phillip, Prince Charles, Duchess Camilla, Prince William, and Duchess Catherine. All the other royals and of course so-called commoners must curtsy to you and bow to your husband. I have heard that many of the younger royals discourage curtsying and bowing, especially among family members. Please do not extend this courtesy to Princess Michael.

On Saturday, people around the globe, and I daresay women of color, prayed for you and held our collective breath through each major element of your wedding. You took some of our hopes and dreams with you to the altar: a partner who will stand up for you at all costs, the promise of meaningful, transformative work, the opportunity to be part of history. Your symbolic gesture of having flowers from the Commonwealth countries embroidered into your veil resonated with me, a woman with family from the commonwealth island of Jamaica. I will hold you to the promise, however slightly intimated, that you will work your royal tail feathers off on behalf of the Commonwealth. 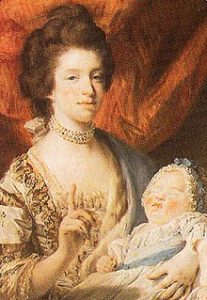 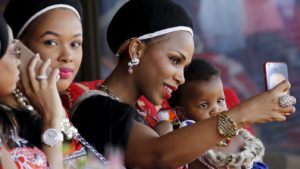 Members of the Swazi Royal Family