A Sexual Assault Survivor Gets Angry

Posted on October 4, 2018 by Cheryl_McCourtie

In Massachusetts, sexual assault is defined as any crime in which t 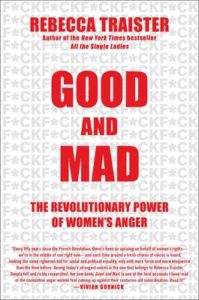 he offender subjects the victim to sexual touching that is unwanted and offensive. The unwanted sex act is one that is forced upon someone, whether it is penetration or simply sexualized touching. Grabbing a woman’s buttocks without her permission, for example, would be considered sexual assault and not rape.

By legal guidelines issued by the state of Massachusetts, I am a victim of sexual assault. I have chosen to focus on Massachusetts law, because I was living in that state in my junior year at Tufts University when a senior student from a local college tried to rape me in my dorm room.

My sexual assault story diverges from those of many others for the simple reason that I did not spend years keeping this deadly secret. After THE MONSTER exited my room, I immediately told my next-door neighbor and friend. She had heard a loud bang, thought it was odd, but assumed I was moving furniture. I explained to her that the bang was my head hitting the floor as I wrestled with the exposed and erect MONSTER. She comforted me and told me that the attack was not my fault, something that all survivors of assault need to hear.

I also wrote about this event in graphic detail for Response, a magazine of the United Methodist Church. But it was not until I saw Dr. Christine Blasey Ford’s Senate testimony last Thursday that I realized that the term “sexual assault survivor” applies to me.

On Friday morning when I heard that Senator Jeff Flake (R-AZ), a potential no-vote for Judge Kavanaugh, would confirm him, I burned with rage. (Flake of course reversed himself after being accosted in a Senate elevator by sexual assault survivors Ana Maria Archila and Maria Gallagher, and consulting with his Democratic friend, Sen. Christopher Coons from Delaware.)

The phrase they always win played over and over in my mind like a line on a stuck record last Friday. I felt furious, angry, afraid and disrespected all at once. This was Anita Hill versus Clarence Thomas redux, with all the same old dusty fossils snarling from their perches in the Senate and insinuating or even saying that the complainant was crazy, mixed up or a woman scorned.

Sen. Lindsey Graham’s Lady Macbeth monologue in Kavanaugh’s defense was as over the top as it was poorly performed. Democratic pundits began to opine that he, bored with the deadlock from his mostly male colleagues, is auditioning for a cabinet position. In his Chris Farley-like performance Kavanaugh even recycled terms used by Thomas such as “national disgrace” and “circus.”

I once worked for an organization that required staffers to attend an annual sexual harassment seminar. A lawyer with connections to Yale taught us that the Hill/Thomas hearings were not he said she said, as the media reported then, and even sometimes now. Thomas was well known for his pornography parties at Yale, and his comment about the pubic hair in the Coke can was “vintage Thomas,” we were taught as part of the seminar.

Even as Flake and Coons hastily crafted a proposal for a one-week FBI investigation, Flake was careful to downplay the Maria Full of Rage moment in the elevator as a key factor in his decision making. If you speak quietly, they don’t listen. If you shout, they don’t listen.

THE MONSTER was not successful in penetrating me. I fought furiously before telling it I would scream my lungs out, which seemed to bring the soul (such as it was) back into its dead eyes and make it release its deadly grip on me. Like Dr. Ford, I cannot pinpoint the date of the attack. But lasting in my hippocampus is the dead, cold look in THE MONSTER’S eyes that chilled me to the bone. No human being existed in that creature’s body. I would either be raped or have my neck snapped, I thought. It had never occurred to me that there was a legal term for what I had endured. It had never occurred to me that although I had not been raped, events like this have lasting effects.

Watching Ford vs. Kavanaugh in 2018 was as re-stimulating for me as Hill vs. Thomas was in 1991. Since my own attack, I almost always side with women in these instances. Who the hell would volunteer stories like this if they are not true? I was stunned that Kavanaugh’s acquaintance/friend Renata Dolphin signed a letter of support for him. It was not until later that Dolphin learned that the judge and his friends had made veiled sexual references to her in their yearbook, including listing themselves as members of the “Renate Alumnius.” Serves her right. No woman in her right mind should go up against another woman on delicate matters like sexual assault. Such an act says more about the apologist than the alleged victim.

Three years ago, my friend and boss suggested that our nonprofit institution reach out to THE MONSTER, who was then the head of a corporate foundation. I completely froze when she showed me a news clipping on THE MONSTER’S philanthropy, complete with a photo of him. While I fantasized about making an appointment to see THE MONSTER armed with a cigar cutter, I said nothing to my boss. How does one have a conversation about attempted rape to a boss? A friend? Even a parent? Gallagher’s mother did not know that her daughter was a sexual assault survivor until she saw the viral video of her daughter yelling at Flake in the Senate elevator.

Since the hearings last week, I looked up THE MONSTER. I am going to go hard here, Beloved Community. Stay with me. I wanted to slap the grin off THE MONSTER’S face as it beamed from family photos I found on the web. I wondered if the two sons THE MONSTER is raising will split some girl or woman’s universe into before and after.

THE MONSTER is married to a plain Jane, which seems to be a hallmark of many men with this pattern of behavior. Their mousy spouses look the other way when all the arrows point to their husbands’ illegal and immoral behavior. These women are just glad that they have been chosen. They deny and defend. They are perfect props for the perpetrators.

I wonder if the well-documented serial sexual predator for whom THE MONSTER did a high-profile project recently will ever get his comeuppance. It’s amazing how these types flock together. Or maybe there are so many of them that their palling up is inevitable.

In August I attended a day long workshop for artists. I was approached by a young woman who told me that she left Columbia’s MFA program, where she was majoring in film (I am in the writing division of this program). “All we did is study old perverts,” she said, about Woody Allen and Harvey Weinstein, her huge eyes flashing with all the self-righteousness of youth. “Um. Did you hear?” I said.

“Hear what?” she asked me. Thomas Roma, the director of Columbia’s photography program, was forced to resign over sexual misconduct in December of last year. He was the second professor to resign from Columbia over similar charges in as many months.

It is okay for me and other survivors of sexual harassment, sexual assault and rape to feel melancholy as we await the judge’s confirmation vote and receive the message that, once again, women’s voices don’t count. As long as we dust ourselves off. And VOTE.

For more information on registering to vote and voting:
https://vote.gov

If you are a woman or you have women in your life whom you love, and respect and you are not angry enough about what is happening, here are two books that might be instructive:

RAGE BECOMES HER
The Power of Women’s Anger
By Soraya Chemaly
392 pp. Atria. $27.